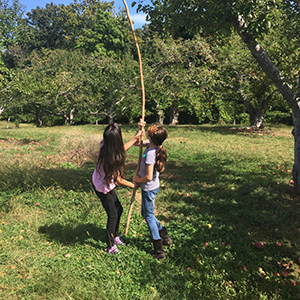 June is here and summer is right around the corner! It’s that wonderful time of year when the weather gets warmer, the days get longer and the lists of outdoor activities are numerous – and so are the bugs. More specifically, Lyme carrying ticks. In fact, there has been a population explosion of these little suckers this season due to our mild winter along with some other contributing factors. This month, we’re here to give you some guidance on how to prevent and respond to tick bites and Lyme rash so you can get ready to enjoy your summer worry free.

As you may know, Lyme disease-carrying deer ticks are of special concern in our region. Lyme starts with a rash, and may progress to a wide range of other symptoms, such as fever and joint pain, if left unnoticed and untreated. With such a bloom in the deer tick population for 2017, it’s natural to be cautious, however, increased attention of the disease has in some cases spilled over into hysteria, resulting in countless unnecessary prescriptions and blood tests, not to mention vacation-destroying panic and anxiety. There are some notable points you should know about Lyme disease:

Only deer ticks transmit Lyme Disease – Lyme disease is caused by being bitten by a deer tick or one of its “cousins” found around the world. Deer ticks are also known as blacklegged ticks in the U.S. Dog ticks, Lone star ticks and other types of ticks are unable to transmit Lyme disease.

Probability of getting Lyme after a bite is low – If a tick is removed within 24-72 hours of biting, risk of infection drops dramatically.  In fact, even if the tick is attached for 72 hours, the risk of developing Lyme Disease is only about 1%.

The disease is treatable with a simple antibiotic – When treated with antibiotics, especially when diagnosed early, Lyme resolves in almost all people.

If you find a tick on your little one, don’t panic. Simply remove the tick, either with tweezers or even by scraping it off with a blade or credit card – it’s not necessary to have a doctor do this. These little guys hang on tightly, but it’s okay if some small piece of the tick is left in the skin. In order to be transmitted, the tick must be alive and actively sucking blood. Any remaining pieces of of the tick will eventually disintegrate, so don’t bother digging them out as rooting around could cause an infection. Once removed, throw the tick away. There is no need to save it and bring it in for analysis since treatment for any tick bite remains the same. As with most bug bites, you may see slight inflammation and redness in the area. Over the counter antibiotic ointment may be used if the area should become red, painful and infected. Characteristic Lyme rash would appear one to three weeks later. It is circular and red, and the center gradually clears, forming what looks like a bull’s-eye with a red and scaly edge. Lyme rashes vary in intensity and appearance, so any redness that appears after a few days requires medical attention.

The Best Offense is a Good Defense

Do not feel like you need to test yourself or your children yearly for Lyme disease, especially if there has been no symptoms present. These blood tests are known to be inaccurate and give a false sense of alarm. Tests that are used to detect Lyme in ticks are also unhelpful. Final test results could take anywhere from 6-8 weeks, during which time we may have already seen the characteristic Lyme disease rash and treated it. We treat sick children, not sick ticks.

Lyme is easily cured with treatment – you can expect the rash to clear up within a week or so. Lyme disease cases that progress to a more severe or chronic condition are mostly caused by a rash that went unobserved or dismissed. It’s important to act quickly and keep a close eye on things should you find that your youngster brought some uninvited guests home with them after the day’s activities, but there’s no need to panic. Dr Karen Moalem, from our Bay Ridge office adds, “It is all about prevention…In areas where there are ticks, it is helpful to tie up hair or wear a hat, wear long sleeves and pants, and to tuck shirts into pants as well as pants into socks. Insect repellent can be applied to most fabrics and shoes, and do a great job deterring the ticks. Bathing within 1-2 hours of coming indoors can prevent ticks that are on the skin from becoming attached. And since tick bites are painless, it is most important to get in the routine of performing daily tick checks. Don’t forget the hidden places, such as genitalia, belly button, hairline, and armpits!” If you suspect your child has been bitten by a tick and the resulting symptoms are a concern, please give us a call to schedule an appointment to be seen in the office.